How to Avoid GMO Foods When Shopping

When it comes to GMO foods and non-GMO foods, the differences tend to be subtle, but if you want to find the healthiest food for you and your family, it’s important that you find food that is not genetically-modified.

The fastest, easiest, and most guaranteed way to make sure that you don’t get GMO food is to buy directly from farmers by going to farmer’s markets. Most of the farmers represented in farmer’s markets are smaller operations that operate without the use of GMO crops, and this is by far the best way to ensure that you are not getting GMO produce.

However, visiting farmer’s markets is not always feasible, so there here is another trick that can help you determine which foods in your local supermarket are GMO and which ones are not. First, take a moment to realize that humans are not genetically-modified, and each of us is slightly different, and none of us are perfect. Produce is the same way.

Most GMO foods are made to appear much more appealing, so if that apple looks to red and shiny, it is likely GMO. By finding produce that is crooked, slightly lumpy or bruised, or simply imperfect, you are on your way to finding non-GMO food that is just as delicious but way more healthy as their GMO counterparts. 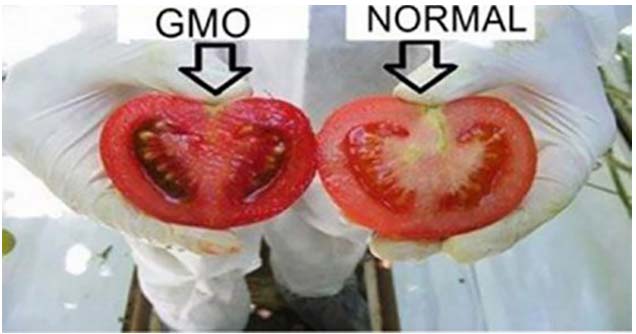 Countries that are considered significant makers of GMO products include:

The workers in Monsanto are not and won’t eat their products yet somehow they expect us to? How sickening. Keep your eyes open for things in the stores you buy from and remember that GMO food is pretty inexpensive but will be packaged expensively and seem more appealing. Also usually when you find things that aren’t in season in stores you buy from just about all year round that means that the product is being imported or being developed in nurseries therefore it is probably made from GMO. Just keeping these things in mind will help you and your health in the long run. If the people from Monsanto themselves won’t eat their GMO products why should we?