As little as a decade ago, hummus was something to be looked forward to, a rare treat that you may only encounter at a specialty restaurant. More and more, however, it has become a commonplace healthy snack that you may pick up anytime at your local grocery store. Nutrition-conscious parents in particular have been relying on conveniently-packaged commercial hummus like Sabra to give their kids a healthy lunch.

Sabra Blue & White Foods began their corporate lives as a small business dedicated to the idea that people could eat both healthy and tasty Mediterranean food. They began producing hummus in 1986, at a time when there were few rivals, and they represented an opportunity for people to try previously exotic foods that were also good for them.

Years later, in 2008, Pepsi purchased half of the company and began to push the brand hard with advertisements showcasing its health benefits, which launched the brand’s revenue to new heights and made it the biggest producer of hummus on the planet. In spite of the fact that Sabra claims to hold fast to its values of remaining true to its roots, to the people and places who help make its product one of the best, it is hard to ignore that Pepsi is a staunch supporter of keeping GMO labeling off the shelves. How can this be? The truth is, labeling is not in Pepsi’s corporate interest; Sabra hummus, among many other products owned by Pepsi, is full of GMOs. This, for many, is a disappointment, and disqualifies Sabra hummus from being considered organic.

What kind of solution is there for this glaring problem? First and foremost, Sabra needs to step away from using GMO vegetables in their hummus, and they need to reduce the amount of pesticide-laden ingredients.

Here are the ingredients that can be found in Saba brand hummus, the original flavor:

Soy oil is a major ingredient in Sabra’s hummus, and the vast majority (more than ninety percent) of soybean plants grown in the U.S. are GMO strains. Plants that are genetically engineered can increase the tendency for farms to grow just a single cash crop from a single strain on a plot of land, which can harm the quality of the soil and have other negative impacts on the environment.

Many GMOs were created specifically to have an increased tolerance to pesticides. Originally intended as a solution for the problem of toxic chemical usage, they may have actually made the problem worse, and helped to promote the use of harsher chemicals. For example, the chemical glyphosate, which is found in the weed-killer Roundup, which is used in particular with GMO soy, has been implicated as a possible culprit in the post-natal defects of some animals, in addition to causing the development of pesticide-resistant weeds through natural selection. As current chemical agents become more ineffective due to the weed population’s gradual adaptation, even harsher and more toxic chemicals are being developed and used. In addition, due to a reduction in soil quality thanks to the overuse of pesticides, farmers find themselves depending on artificial fertilizers, which can easily enter the water supply and wreak havoc on the local aquatic ecosystem. 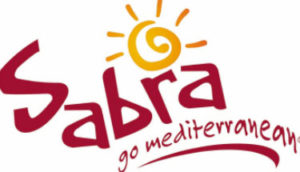